The Universal Education mission is to provide a rich and high quality education for every scholar to prepare them for college, technical school, entrepreneurships that leads to a sustainable career in the 21st century and build altruistic alumni who contribute to the transformation of their communities as future leaders and positive members of society.

Universal Companies will be recognized as a change agent and national leader in urban education as evidenced by student awareness of self, high academic achievement, positive school culture and community transformation wherever we serve.

Universal Companies is in the business of helping people. We strive to improve communities and change lives, by creating cultural and entrepreneurial opportunities that break the cycle of generational poverty within historically disenfranchised communities. To accomplish this, Universal focuses on the identification and removal of systemic barriers to wealth creation within urban settings. We are committed to a comprehensive approach to neighborhood revitalization that embraces education as its foundation for economic transformation. Universal works in collaboration with community stakeholders to create an environment where all children are achieving academically, socially, and emotionally at a high level. We have maintained a proven track record of turning around under-achieving schools since 1999. 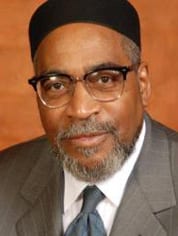 Mr. Gamble is widely known for having written, produced, recorded, and published more than 3,000 songs performed by artists such as The Jackson Five, Teddy Pendergrass, Jerry Butler, The O’Jays, Spinners, Delfonics, Jones Girls, Billy Paul, Lou Rawls, Phyllis Hyman, Dionne Warrick, and many others (nearly 60 artists in total represented the Philly label). A great deal of music he produced carried a social theme and what was described as a “message in the music.” In 1974 and 1989, he received Grammy Awards for writing “Me & Mrs. Jones” and “If You Don’t Know Me By Now” respectively. He founded several record companies, including Philadelphia International Records, of which he remains CEO and chairman of the board.

Mr. Gamble’s musical accomplishments are extremely impressive when you consider the number of awards, inductions, and honors he has received. The Gamble and Huff genius lies in the fact that their catalog has secured: 80 #1 Hits; 200+ Top #100 Hits; 175 Gold/Platinum Albums; #1 R&B Publisher Worldwide; #8 Pop Publisher Worldwide; and one of Gamble and Huff’s records is played every 13 minutes worldwide. In addition, Mr. Gamble was awarded an Honorary Doctorate degree in Public Service from Cheyney University in 2005 and an Honorary Doctorate degree of Music from Berklee College of Music in 2010.

As founder and chairman of Universal Companies, one of the largest African-American developers of real estate in Philadelphia, Kenneth Gamble used his success to begin a neighborhood revitalization effort. In 1990, he made the ultimate commitment to the City of Brotherly Love. He and his wife Faatimah gave up the quiet and luxurious suburban lifestyle to move back to a blighted South-Central Philadelphia to take a hands-on approach to the rebuilding process that he initiated in the 1980s.

Two decades later, Universal has improved the quality of life for thousands of children and families residing in historically disenfranchised communities. To date, Universal has been the conduit for more than $1.5 billion of real estate development and investment and currently educates more than 4,500 students in 10 schools (K-12). The company is also one of the largest African-American led businesses in Philadelphia, employing nearly 650 professionals.

Kenneth Gamble is a true Philadelphia success story, coming from humble beginnings to achieve international fame. For a man who is known worldwide for making hit records, he considers rebuilding the African-American community as “the biggest hit of my life.” 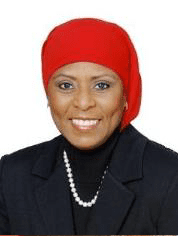 Mrs. Gamble’s acumen for business began early as a student at Bok Vocational School in South Philadelphia. She continued her education at Temple University and later became certified as a Protocol and Etiquette Consultant from the International School of Protocol in Washington, D.C.

Mrs. Gamble developed character building and social etiquette programs which she has implemented with hundreds of adolescents over the last 30 years, encouraging self-esteem and refinement among inner-city males and females.

Since the inception more than 25,000 individuals have benefited from the programs, workshops and events implemented by The Wellness of You. In addition to the Celebrate Wellness Expo and the Annual Wellness Breakfast for Men, Universal’s wellness program includes an annual children’s wellness health fair for nearly 3,000 students and their families. The Wellness of You program also implements character building/self-esteem training programs for adolescents, known respectively as The Pearls of Wisdom and From Boys to Men.

The Wellness of You was the first organization of its kind in the nation to recognize medical professionals committed to making a difference in community health. The coveted Tree of Life Award has been awarded to Dr. Walter Lomax, medical practitioner and founder of Lomax Companies; Dr. Benjamin Carson, pediatric neurosurgeon of John’s Hopkins University Hospital; Dr. Calvin Johnson, former secretary of health for the Commonwealth of Pennsylvania; Senator Vincent Hughes; Dr. Robin L. Smith, bestselling author and psychologist; and Rev. Michael Bernard Beckwith, a spiritual guru. Additionally, The Wellness of You is a best practice model that educates the community about alternative medical practices, something that was considered taboo but through education and awareness initiatives has transformed into a multi-billion dollar industry.

Mrs. Gamble has received numerous awards and has been recognized by city and state officials for her dedication to health and wellness. In April 2013, she was recognized by City Council President Darrell L. Clarke and council members for her commitment to helping impoverished communities and families across the nation. In December 2013, State Representative Louise Williams Bishop, 192nd legislative district, honored Mrs. Gamble with House Resolution 570.